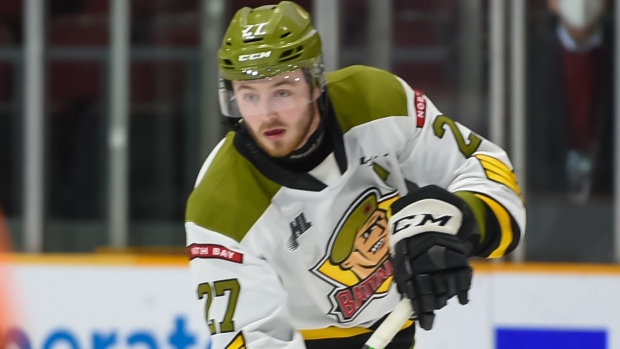 OTTAWA — Mitchell Russell scored the game-winning goal midway through the third period and added an assist as the North Bay Battalion completed their four-game sweep of the Ottawa 67's with a 3-2 win Wednesday.

Kyle Jackson also notched a goal and an assist in the victory as the Battalion will now move onto the second round of the OHL playoffs.

Jackson opened scoring for the game at 8:35 of the first period but Ottawa responded, going up 2-1 on a Vinzenz Rohrer goal at 3:49 of the second period.

Avery Winslow would tie things up at 2-2 for the Battalion on a power-play goal at the 7:15 mark of the third, setting the stage for Russell to score the game-winner at 12:19 of the final frame.

The Battalion will play the winner of the Kingston-Oshawa series in the next round.

In other OHL playoff action, the Hamilton Bulldogs took a commanding 3-0 lead in their series with the Peterborough Petes with a 7-2 rout, the Flint Firebirds evened up their series with the Owen Sound Attack at 2-2 with a 3-2 victory and the Mississauga Steelheads downed the Barrie Colts 3-2 in double overtime to knot their series up at 2-2.