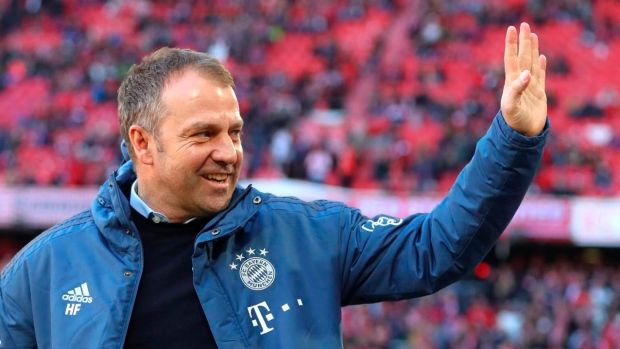 MUNICH — Bayern Munich gave coach Hansi Flick a new contract through to 2023 on Friday after he impressed in what was initially an interim appointment.

Flick was the assistant to Niko Kovac but stepped up to the head coach role when Kovac was fired in November after a 5-1 loss to Eintracht Frankfurt.

Since then Flick has got Bayern's challenge for an eighth straight Bundesliga title back on track and kept up a winning run in the Champions League. Bayern led the Bundesliga by four points when play was suspended last month due to the coronavirus pandemic.

“Hansi and I know in which direction we want to develop the team,” sporting director Hasan Salihamidzic said in a statement. “Football is facing great challenges. We believe that Hansi is also the right head coach for the current time.”

Flick has won 18 of his 21 games in charge of Bayern, including a 3-0 win over Chelsea in the first leg of their Champions League last-16 fixture. No date has been set for the postponed second leg.