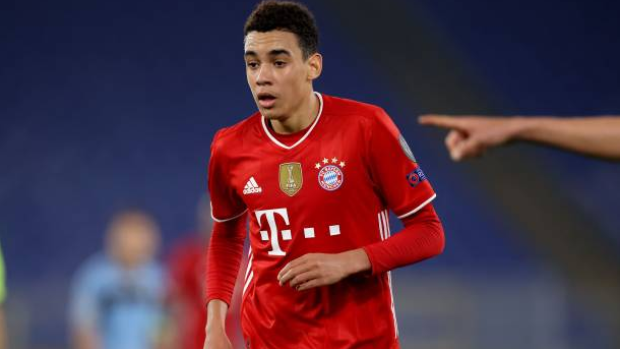 MUNICH — Bayern Munich attacking midfielder Jamal Musiala has committed to play internationally for Germany, rather than England, a day after scoring his first Champions League goal.

Musiala was born in Germany but moved to England when he was 7 and came through Chelsea's academy. He played for both Germany and England at the under-16 level and most recently played two under-21 games for England in November.

“In the end I just listened to my feelings. And this decision now feels 100% right,” the 17-year-old Musiala told German broadcaster ARD in comments published Wednesday.

Musiala, who turns 18 on Friday, said he recently spoke at length with Joachim Löw when the Germany coach visited Munich about how he could fit into the team.

Musiala has played 26 times for Bayern across all competitions and became the German team's youngest Champions League goalscorer on Tuesday when he netted Bayern's second goal in a 4-1 win over Lazio.