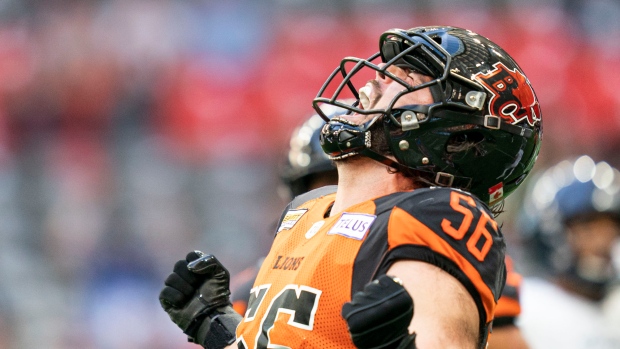 The BC Lions have signed national defensive lineman David Menard to a contract extension the team announced on Friday.

“This past season was rewarding in many aspects with a great group of teammates and coaches,” said Menard. “It’s a special mix of talent at every position and I can’t wait to tackle some unfinished business.”

The 32-year-old recorded a career-high nine sacks, good for fourth-0best in the CFL, and also added 17 defensive tackles over 18 regular-season games.

The Chicoutimi, Que. native was selected in the fourth round (3nd overall) by the Lions in the 2014 CFL Draft.

He played the 2021 season with the Montreal Alouettes, recording 18 defensive tackles and eight sacks, finishing as runner up for the CFL Most Outstanding Canadian.

In 94 career games with the Lions and Alouettes, he has recorded 52 tackles and 18 sacks.