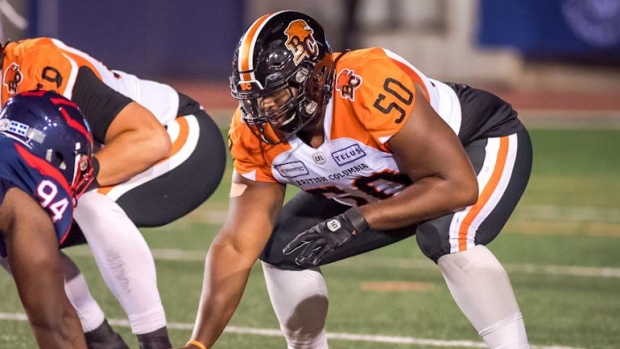 The BC Lions re-signed offensive lineman Phillip Norman and defensive lineman Darius Allen Thursday, ahead of both players hitting free agency in February.

Norman started 13 games for the Lions last season, 11 at centre.

Allen is returning for his fifth season in the CFL and third with the Lions. Allen played in just four games in 2019 due to injury, recording two tackles.