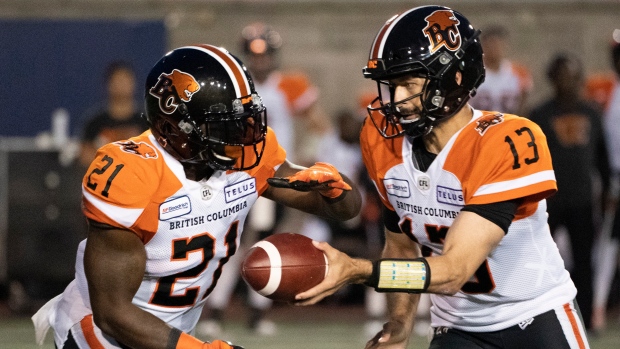 The BC Lions announced Wednesday they have re-signed running back Brandon Rutley for the 2020 season.

"Brandon’s powerful running style created a unique one-two punch for our offence last year," GM Ed Hervey said in a team release. "His ability to run the ball, catch it out of the backfield and contribute on special teams makes this a key signing for next season."

Rutley also had nine receptions for 71 yards and was used as a returner on special teams. The 30-year-old finished with 154 punt return yards and 533 yards and a touchdown on kickoffs.