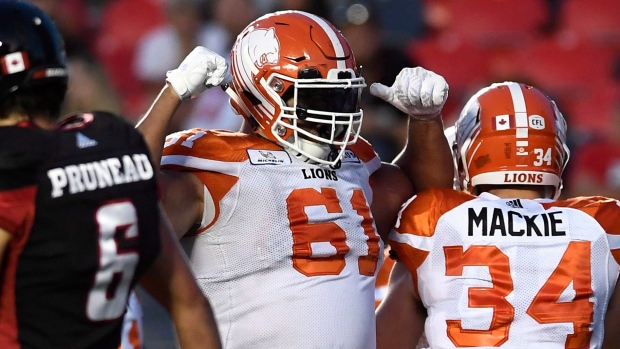 The BC Lions signed offensive lineman Joel Figueroa to a contract extension Wednesday, ahead of Figueroa hitting free agency next month.

Figueroa has started 34 games since the Lions signed him as a free agent ahead of the 2018 season, primarily at left tackle, and has been named the team's Most Outstanding Lineman both seasons in BC.

“I can’t wait to hit the field this season. We have a great chance to win with this group coach Campbell and Neil McEvoy is putting together,” said Figueroa.

“This past year has been challenging for a lot of us but staying in the lower mainland and getting the chance to work out with a few of my teammates and O-Line brothers has kept me motivated for when we get the green light to put on the pads.”

Prior to his time in BC, Figueroa played three seasons with the Hamilton Tiger-Cats (2013-15) and two with the Edmonton Football Team (2016-17).