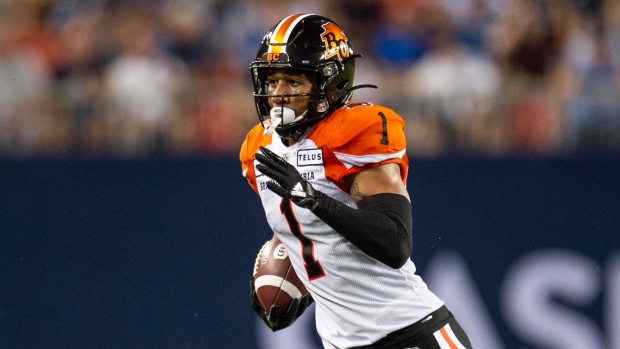 The BC Lions have signed receiver Lemar Durant through the 2021 season, the team announced on Thursday.

The 27-year-old set career highs with 57 receptions, 810 receiving yards and five touchdowns during the 2019 season.

"Lemar was a big addition to our team this past season and showed us the kind of upside we knew he was capable of if given a larger role within an offence," GM Ed Hervey said in a release. "Having him under contract for the next two seasons speaks to the environment we’re building here in BC and this is a great start to 2020.”

The Coquitlam native joined the Lions in 2019 after spending the previous four seasons with the Calgary Stampeders. He appeared in 15 games, before a suffering a foot injury that ended his season.

"It was great to return home this season and play in front of family and friends for an entire season," said Durant. "Knowing I’m going to be a Lion for two more years is an amazing feeling, but my focus is squarely on winning a championship.”