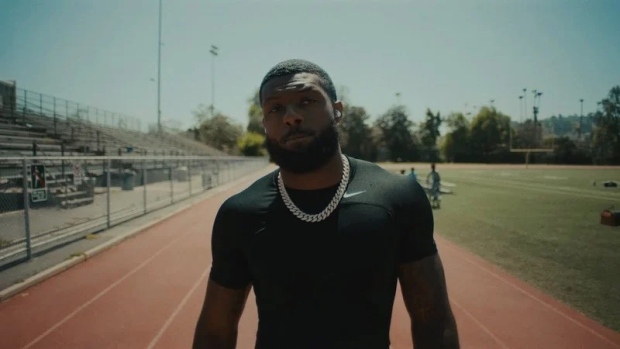 Kayvon Thibodeaux in Beats By Dre's "Made in LA" campaign

Kayvon Thibodeaux may be destined for NFL stardom, but first, the 2022 top prospect stars in the newest Beats By Dre commercial that features a soundtrack courtesy of rapper Diddy and The Weeknd.

The “Made in LA” commercial is set against the backdrop of Thibodeaux’s hometown of South Los Angeles and shows the University of Oregon product focused as he trains and prepares for his next chapter in football. The minute-long Beats Fit Pro ad features an unreleased song by the two artists and is narrated by Thibodeaux’s mother, Shawnta Loice.

Diddy, who has produced for a plethora of big names including Mary J. Blige, Burna Boy, Jennifer Lopez, Mariah Carey and Boyz II Men among others, hasn’t had a major release since 2015. The campaign marks his return to music, though he still hasn’t given a date for his anticipated album, Off the Grid Vol. 1, which was initially slated to release in September 2021. Meanwhile, The Weeknd is fresh off a headliner performance at Coachella and will soon embark on tour for his latest album, Dawn FM.

Thibodeaux is expected to be a top-10 pick in this year’s NFL Draft Class. The young All-American defensive end is projected to be picked by either the Detroit Lions, New York Jets or Atlanta Falcons.