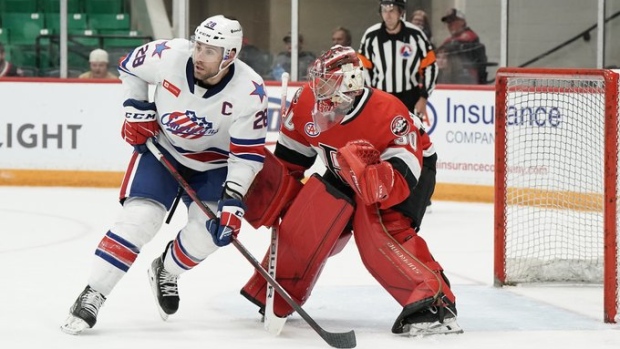 BELLEVILLE, Ont. — Brett Murray scored the winner with less than three minutes to play in overtime as the Rochester Americans topped the Belleville Americans 4-3 to take Game 2 of their first-round series Friday and advance to the second round of the AHL playoffs.

The Senators were trailing 3-1 entering the third period, but goals from Andrew Agozzino and Roby Jarventie in the frame tied things up at 3-3 and sent the game to overtime.

While the Senators were bounced in the first round Friday, a couple of other Canadian teams continued their quest for the Calder Cup, kicking off their second-round series.

The Laval Rocket opened their series with the Syracuse Crunch with a 5-3 loss, while the Manitoba Moose fell to the Milwaukee Admirals 3-2 in Game 1 of their series.

The second round of the playoffs is best-of-fives.