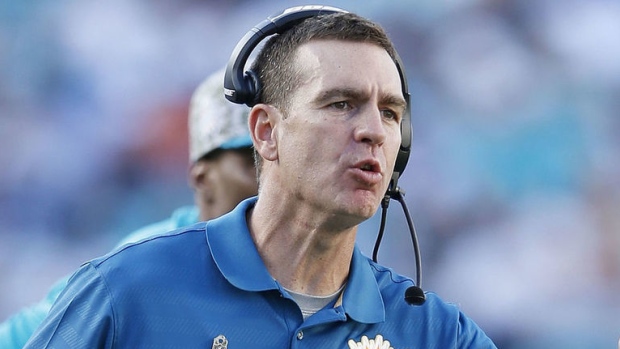 CINCINNATI — Lou Anarumo was working on the New York Giants' off-season plans when he got a call from an old friend from Miami. Zac Taylor wondered if he would be interested in discussing the job as the Cincinnati Bengals' defensive co-ordinator.

A week later, he got the job, ending the Bengals' lengthy search for someone to handle the defence.

Anarumo was hired Thursday as the Bengals' fourth defensive co-ordinator in the last three years, an indication of how much they have struggled with that unit. Head coach Marvin Lewis took over the role midway through last season after Teryl Austin was fired, and Lewis was let go at the end of the season.

The 35-year-old Taylor became Lewis' replacement, coming over from the Los Angeles Rams, where he was quarterbacks coach. One of his most important hires — handing the defence to someone — lasted several weeks and included several candidates who were passed over or uninterested.

The Bengals had to wait until after the Super Bowl to hire Taylor, which left them with the challenge of filling out their coaching staff. Other teams had already hired coaches and filled out their staffs, limiting the pool of candidates.

"It was easy to hire some guys on offence because I knew them all along," Taylor said. "But I just wanted to start that process when the game ended. It feels it's gone on forever because we're the last team to make these hires, but in reality, it's taken the same amount of time you'd normally take with a new head coach."

Taylor and Anarumo became acquainted when they were assistants with the Dolphins. Anarumo was defensive backs coach for the Dolphins from 2012-17 and served as interim defensive co-ordinator in Miami for the final 12 games in 2015. The two of them talked often while on staff.

"I always thought the world of Lou," Taylor said. "It's no surprise that we're working together here."

Neither of the Bengals' two co-ordinators — Anarumo or Brian Callahan on offence — has held the spot for a full season. Anarumo isn't familiar with the Bengals' defensive players because the Giants didn't play Cincinnati last season.

"I haven't gotten to there yet, to be quite honest," he said.

Anarumo figures he can lean on his coaching career and those who have mentored him to help him adapt to the new job.

"I have some things I can go to based on experience, and I have guys I can call," he said.