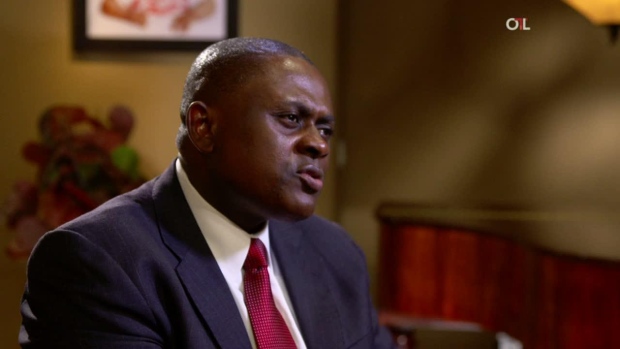 Dr. Bennet Omalu, the neuropathologist whose story was depicted in the movie Concussion, put himself in the midst of the NHL concussion lawsuit on Wednesday.

Dr. Omalu made international headlines after he performed an autopsy in 2002 on former Pittsburgh Steelers player Mike Webster. After examining Webster’s brain, Dr. Omalu diagnosed him with chronic traumatic encephalopathy, or CTE. Webster was the first former NFL player diagnosed with the disease and Dr. Omalu published his CTE findings in 2005 in the medical journal Neurosurgery.

In recent weeks, the NHL has filed documents in court revealing that it has hired Dr. Rudy Castellani, a neuropathologist and director of the Western Michigan University Center for Neuropathology, as a medical expert. Dr. Castellani denies that CTE exists and has challenged Dr. Omalu’s findings on Webster.

Dr. Castellani and the NHL have asked the court to order Boston University researchers to provide their pathology records and correspondence with deceased players and their families. The university has been at the forefront of research into brain disease and CTE among military veterans and former professional and college athletes.

On Wednesday, Dr. Omalu wrote a letter to a lawyer representing former NHL players who are suing the league for its handling of concussions and brain trauma. Dr. Omalu’s 16-page letter, defending Boston University, was then filed in U.S. district court in Minneapolis, where the proposed class action lawsuit is being argued.

“Dr. Rudy Castellani’s opinion and request, on behalf of a sports league, the NHL, undermines the integrity, purity and independence of this long-established process and standards of practice, which have been polished and fine-tuned across the centuries by the colleges of scientists and physicians across the world who came before us,” Dr. Omalu wrote.

The NHL, Dr. Omalu wrote, is doing exactly what the National Football League and New York Boxing Commission did in the past in relation to the science on traumatic brain injuries.

“In spite of this long history of very well-established science and common knowledge, sports organizations and leagues that govern high-impact, high-contact sports in the United States like boxing, American football and ice hockey have historically misappropriated, denied, undermined and dismissed this science in order to protect and expand their brand equity, financial health and market share,” Dr. Omalu wrote.

“In other words, they deny the truth and humanity of science in order to protect their revenue streams.”

In his letter, Dr. Omalu cites the New York State Boxing Commission’s decision to hire and retain two doctors - Dr. Harry Kaplan and Dr. Jefferson Browder - in 1954 to act as its experts. The two doctors were offered research money and research collaboration with the boxing commission. They later concluded in a study that examined the brains of 1,043 professional fighters in all divisions using electroencephalography that boxing did not cause brain damage in boxers.

“Three decades after the boxing study, the NFL hired doctors and “re-enacted the same ploy, as unbelievable as it may seem,” Dr. Omalu wrote, referencing the league’s Committee on Mild Traumatic Brain Injury, whose members had business and professional relationships with the NFL.

The NFL’s doctors also went on to publish numerous scientific papers to support the league’s claim that football does not cause brain damage.
Dr. Omalu notes in his letter that the boxing commission and the NFL failed in their attempts to discredit the science and now “recognize that playing high-impact, high-contact sports can damage the human brain.”

“The NHL and their expert, Dr. Rudy Castellani, are using the same failed and scientifically unfounded ploy the New York State Boxing Commission, the NFL and their experts employed many years ago, denying that there is a danger or risk of brain damage in high-impact, high-contact sports,” Dr. Omalu wrote.

“The NHL and Dr. Rudy Castellani are presenting the same old perspective that has long ago been debunked and dismissed as false.” 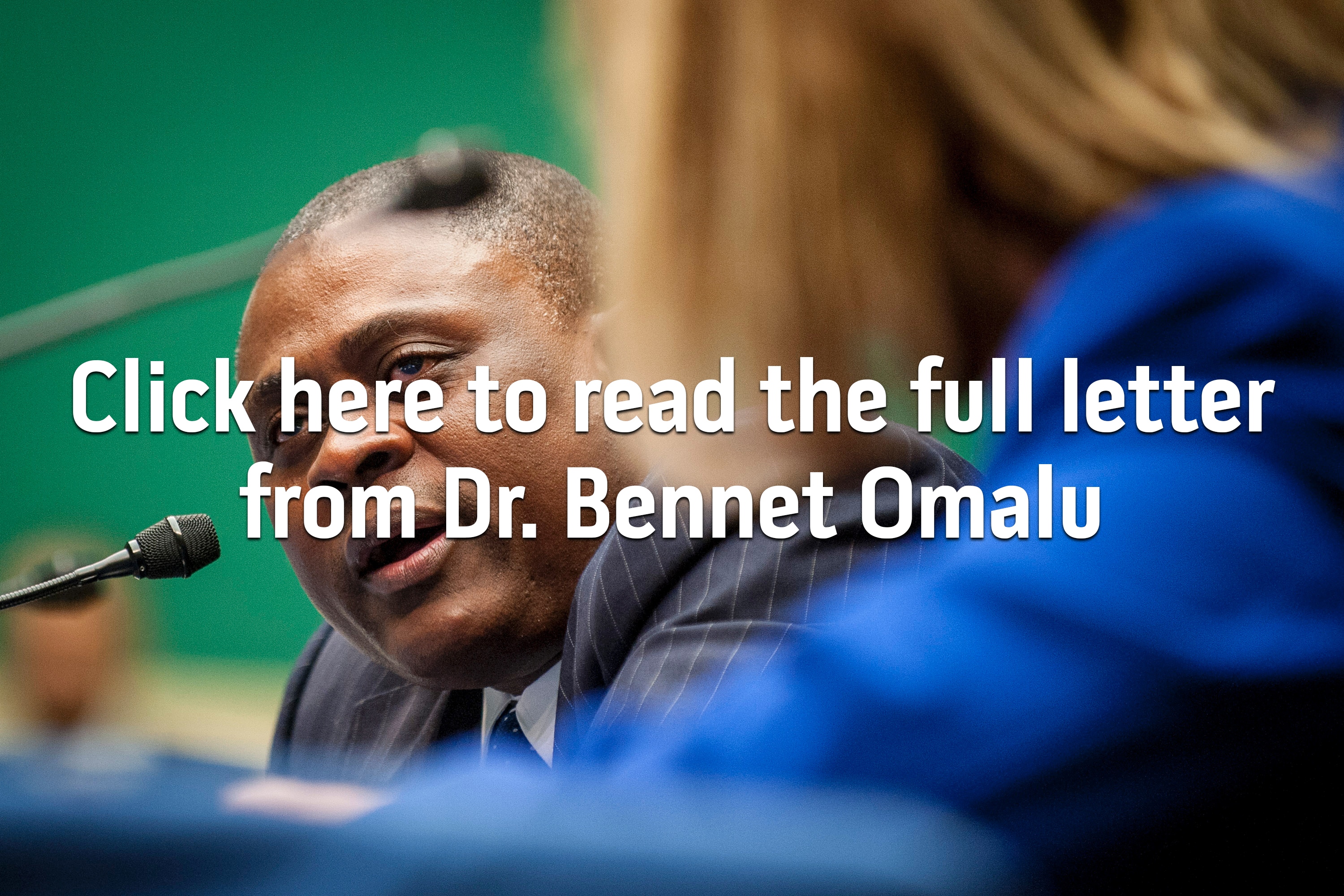