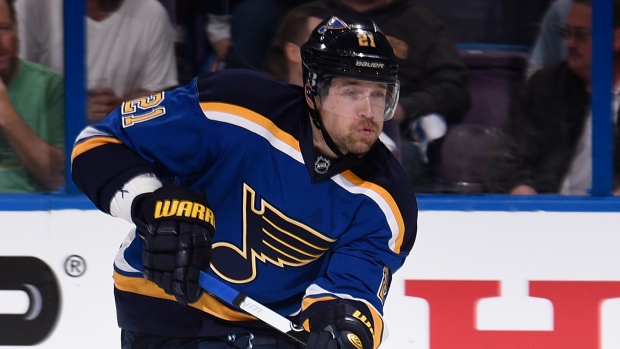 The deal holds an average annual value of $3.85 million and, according to TSN Hockey Insider Pierre LeBrun, includes a partial no-trade clause.

The 28-year-old Berglund has netted 17 goals and added seven assists over 60 games with the Blues this season, his ninth year with the club.

Berglund is in the final year of a three-year, $11.1 million contract he signed with the Blues in 2014.