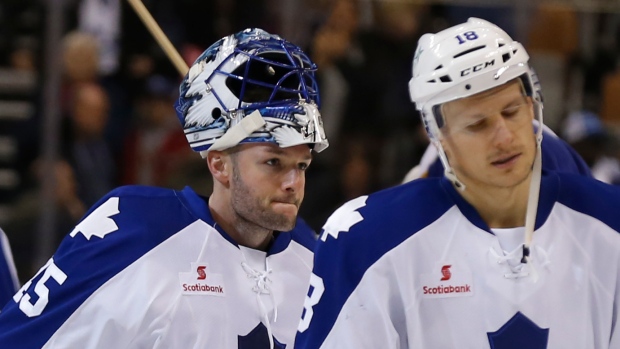 TORONTO - Alex Friesen scored his second goal of the game shorthanded in overtime to lead the Utica Comets past the Toronto Marlies 5-4 on Sunday in American Hockey League action.

Jordan Subban had a goal and an assist for Utica (12-10-3), the Vancouver Canucks' farm club. Mike Zalewski and John Negrin rounded out the attack.

Eric Faille, Mark Arcobello, Matt Frattin and William Nylander scored for the Marlies (20-5-2), who had a five-game winning streak snapped.

Joe Cannata made 19 saves for the win as Jonathan Bernier turned aside 21 shots for Toronto. Bernier entered the game having earned shutouts in each of his previous three starts for the Marlies while on a conditioning loan from the NHL's Maple Leafs.

The Comets were scoreless on three power plays while Toronto went 2 for 7.