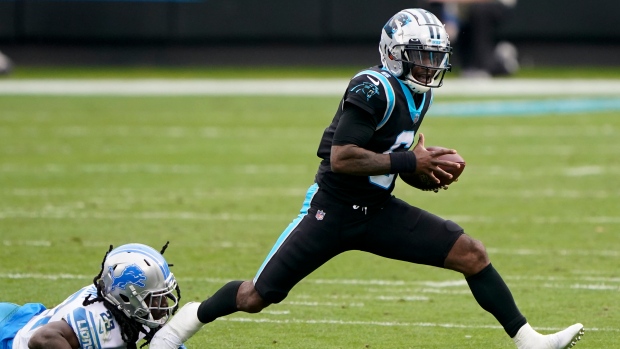 Last Sunday’s NFL slate was one for the record books.

NFL underdogs went 10-3 against the spread and 7-6 outright.

Those numbers included four of the five biggest upsets of the season to that point.

Anybody that thought the worst was over was caught off guard on Thursday Night Football, when the Miami Dolphins beat the Baltimore Ravens 22-10 as an 8.5-point underdog – the fourth-biggest upset of the year.

NFL underdogs are now 21-7-1 against the spread dating back to the start of Week 8.

Will that trend continue on Sunday?

Here are some of our best bets for Week 10.

I was among the many victims of the Jacksonville Jaguars beating the Buffalo Bills outright as a 15.5-point underdog, which is the biggest upset of the season to date.

I bet on Buffalo to go over its team total at 31.5, only to watch every minute as the Bills were held without a touchdown in a 9-6 loss to the same Jacksonville team that had just allowed 31 points in a loss to Geno Smith and the Seattle Seahawks the previous week.

The good news is that I’m confident I’ll bounce back this week with what has been my favourite play of the season to date: the over on the Jonathan Taylor rushing yards prop.

Taylor has topped the 100-yard rushing mark in three of the Indianapolis Colts’ last four games, including 172 rushing yards and two touchdowns in last week’s win over the New York Jets on Thursday Night Football.

Indianapolis has had 10 days to prepare for the Jaguars, which I don’t expect to pull off another upset like they did versus Buffalo last week.

Jacksonville has actually done a decent job against the run this season, but Taylor leads the NFL in rushing yardage over expectation, and I’m expecting him to get plenty of opportunities to pad his rushing totals when the Colts look to put this game away in the second half.

I’m expecting Taylor to rush for over 100 yards with at least one touchdown again this week, so I’ll take the over on his rushing yards prop as my best bet for Week 10.

The Philadelphia Eagles and Denver Broncos square off in what should be one of the slowest games on the Week 10 slate.

Denver runs the NFL’s second-slowest offence in situational neutral pace, and has seen its games produce the fourth-fewest combined snaps this season.

On the other hand, Philadelphia’s contests have averaged the 28th-most combined plays since Week 6, and there’s little reason to believe either team will crank up the pace this week.

That’s because both the Eagles and Broncos love running the football. Denver is throwing at a bottom-10 clip over the past month, while Philadelphia has a 68 per cent and 70 per cent run rate over the past two games. The league average, by the way, is around 58 per cent.

As everyone knows, running the ball drains the clock. Fewer plays means fewer opportunities to put up points.

Also working in favour of the under is the fact that both teams should struggle when they do take to the air.

Denver will likely be down three starters on the offensive line, which spells trouble versus a very strong Eagles pass rush. Philly ranks second in pass rush win rate, and ninth in adjusted sack rate.

On the other side of the ball, the Broncos have held seven of the past eight starting quarterbacks they’ve faced to a bottom-16 or worse ranking for the week, which makes Jalen Hurts’ passing props an easy fade.

The under is 7-2 in Denver games this season, and has hit in three of the Broncos’ four home contests.

Let’s get a few things out of the way to start this.

You think I’m crazy, I know. But allow me to explain.

In the last three weeks, we have seen five teams win outright as underdogs of seven-or-more points.

The Cardinals, while being 8-1 this season and 7-2 against the spread, have covered just twice at home this season in their four games as home favourites.

Since Kyler Murray took over under centre in 2019, the team is a remarkable 14-5-2 ATS on the road; however, they have covered in just four of 11 games as favourites at home.

Meanwhile, Carolina’s offence will be without Sam Darnold for the next few weeks as he deals with a shoulder injury, something that could spark this team.

Darnold has thrown just two touchdown passes since Week 4, and has turned the ball over nine times during the stretch.

The team will turn the offence over to former XFL-standout P.J. Walker.

Walker, 26, has been with the team for two seasons and is 1-0 both straight up and against the spread as a starter after leading the team to 20-0 win over the Detroit Lions last season in Week 11.

If you have paid any attention to this team in recent weeks, it is pretty clear that Darnold has been the problem. This Panthers defence has allowed the second-fewest yards and the seventh-fewest points all season.

I’m not telling you to take the Panthers to win this game, but 10.5 points is simply too many in this spot.