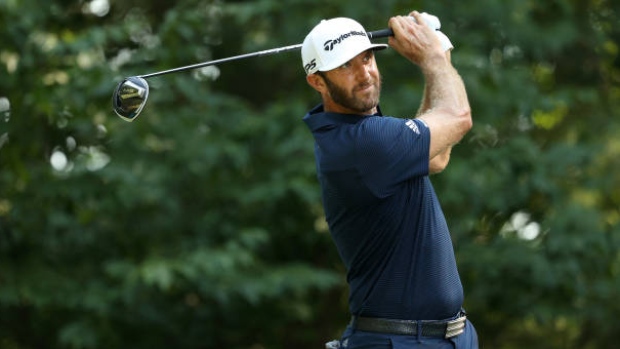 The second major tournament of the PGA season is finally upon us.

Originally scheduled for June, the 2020 U.S. Open Championship will be played at the famed Winged Foot Golf Club in New York.

This golf course is an absolute brute, with thick rough that will ensure the penalty for miscues is severe.

The last time a major was contested on this track in 2006, five-over par was the winning score. Geoff Ogilvy outlasted the field that week, but the major is remembered for an entirely different player. Phil Mickelson made a costly double bogey on the 72nd hole to cost him the championship.

Dustin Johnson enters this week as the favourite to win outright over Jon Rahm.

D.J. has been on a tear, winning twice and finishing second twice in his last four events. Rahm has been no slouch either, defeating Johnson in a playoff at the BMW Championship.

The field will get a reprieve with Brooks Koepka, who won in 2017 and 2018, unable to tee it up due to injury.

There are four Canadians teeing it up – all long shots to take home the trophy.

Here is our first look at the field for the US Open.

Johnson in position to challenge for second U.S. Open title

It is hard to fathom how Dustin Johnson is stuck on just one career major championship title.

This is the best he's been playing heading into a major he's able to compete in. In 2017, he had won three straight times before the Masters, but was unable to play due to injury.

D.J. has finished inside the top-6 at this championship four times in the past six years.

Quite a summer for @DJohnsonPGA. It started with a victory at the #TravelersChamp, included wins @TheNTGolf and @playofffinale, a FedExCup title, and now Player of the Year honors from the @PGATOUR. Congrats DJ! pic.twitter.com/XcKkaYJkMB

Johnson has gained a staggering 61 combined shots on the field in the past five events.

Considering how difficult this course is, the fact that Johnson ranked ninth in strokes gained: tee-to-green bodes very well.

Sometimes the favourite is just too strong to ignore. That is the case with Johnson this week.

Xander Schauffele due for major breakthrough

Schauffele’s also had five top-10 finishes in the past seven majors contested, with a pair of runner-ups.

Had everyone started the Tour Championship two weeks ago at the same score, he would've been the 72-hole winner.

The X-Man has been playing consistently strong golf all year, recording top-25 finishes in 16 of 18 events.

His game is perfectly suited for Winged Foot. Schauffele is seventh in strokes gained tee-to-green and eighth off the tee. He's gained strokes on the field in all but one of his 16 events in 2020.

All four of his PGA Tour victories have come after he trailed entering the final round.

Past Five Winners of the U.S. Open

Since opening 2020 with a tie for ninth at the Farmers Insurance Open, it has been tough sledding for three-time U.S. Open champion Tiger Woods.

In the five events that have followed, his best showing was a 37th-place tie at last month's PGA Championship.

The main culprit for his pedestrian play has been an uncooperative putter.

In his last five tournaments, Tiger has lost strokes to the field on the greens. In three of those five occasions, he's also lost strokes off the tee and around the green.

Way back in 2006, Woods missed the cut at Winged Foot by three strokes. It should be noted that it was his first major start since the death of his father.

With his recent track record and a very penal setup, it's hard to expect Tiger to recapture the old glory.

An ultimate long shot is Martin Kaymer, who won the U.S. Open in 2014. Amazingly, he hasn't won anywhere in the world since that eight-shot romp.

Kaymer has rediscovered his game in 2020, with six times ending up in the top-16 in nine events. He’s missed out on a playoff in two straight European Tour events by a single stroke, so a win somewhere feels imminent.

Just last month Kaymer was one shot out of the lead after the first-round at the PGA Championship.

While it remains unlikely he captures his third career major, he's certainly playing some wonderful golf for someone with such long odds.