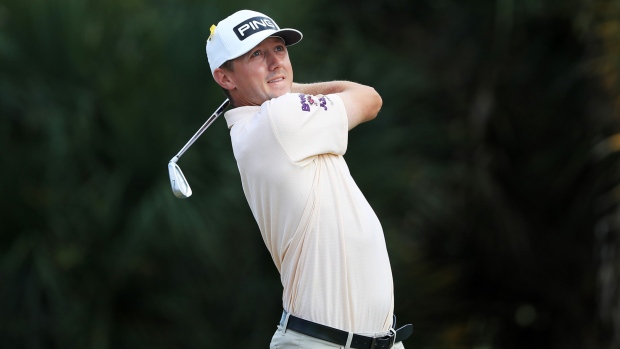 The second major of the year has come and gone with Bryson DeChambeau routing the field at the U.S. Open by six strokes for his first major title.

The “Mad Scientist” entered the week as one of the favourites to take home the trophy at +1500 and he did not disappoint with his dizzying drives and phenomenal short game.

The next tournament on the schedule is the Corales Puntacana Resort & Club Championship starting Thursday in the Dominican Republic.

The field consists of just one player in the top-50 of the world rankings – Henrik Stenson.

Two Canadians are featured among the top contenders.

American Will Zalatoris opened with the shortest odds at +1200.

Graham Delaet, David Hearn, Roger Sloan and Michael Gligic are the other four Canadians that will tee it up this week.

All four are searching for their maiden tour title.

This is just the third year the tour has come to this stop, with the two previous years seeing the course hosting a Korn Ferry Tour event.

Going low is required for victory at this track, as opposed to last week's U.S. Open at Winged Foot in Mamaroneck, N.Y., where only DeChambeau shot under par.

In the four years this tournament has been contested, the average winning score is 20-under par.

Here is our first look at the field for the Corales Puntacana Resort & Club Championship.

After missing the cut in nine of his first 11 events to begin the 2019-20 season, Mackenzie Hughes of Dundas, Ont., has really found his groove. It all started with a runner-up finish at the Honda Classic in March.

Hughes then posted T-3 and T-6 results in two of his next five tournaments.

He came up clutch in the FedEx Cup Playoffs as well, going T-13 and T-10 including a massive putt on the final hole at the BMW Championship just to make the Tour Championship.

He's the only golfer of that limited 30-man field at East Lake playing this week.

Of the players competing in the Dominican Republic, Hughes ranks first in both strokes gained putting and short game over the last 50 rounds on tour.

Last year, he was so close to tasting victory at this event, finishing in a tie for second – one shot shy of champion Graeme McDowell.

Hughes was not strong off the tee last season, but the wide fairways on this course offer a reprieve for him.

As the second favourite this week at +1600, Hughes without question deserves attention.

When looking at the names teeing it up at this watered-down field, Henrik Stenson's name sticks out like a sore thumb.

He's only played three events since the hiatus, with missed cuts at last week's U.S. Open and the PGA Championship to go along with a pedestrian T-35 at the WGC-FedEx St. Jude Invitational.

All of his strokes gained stats from those three starts are middling, with him still striking the ball reasonably well approaching the green.

However, Stenson is still a world-class player.

So at what point are his odds to win too enticing to pass up against an inferior field?

If he were in his best form, typically Stenson would be the heavy favourite to emerge victorious this week.

Last year, a similar world-class talent in Graeme McDowell got off the mat after a run of poor play and ended up taking home a trophy at this track.

Though his limited schedule and play don't point towards an obvious trip back into the winner's circle, Stenson is at least worth a look at long odds.

It's hard to know what you'll get with Xinjun Zhang, but when he's on, he's been really on in his last six events.

Sandwiched in between those are three missed cuts.

His putting has been his calling card – gaining strokes on the greens in five of those fix events.

Two years ago at this very tournament, Zhang posted a solid T-5 result.

He's not unfamiliar with posting victories either, albeit on the Korn Ferry circuit, where he won twice last year.

After sitting out two months due to injury, James Hahn held the 54-hole co-lead in his first event back at the Safeway Open two weeks ago.

He wound up in a tie for ninth in that event.

The two-time PGA Tour champion was solid in Napa, gaining four strokes on the field in both tee-to-green and putting categories.

Hahn was fourth in driving accuracy and tied for sixth in greens in regulation that week.