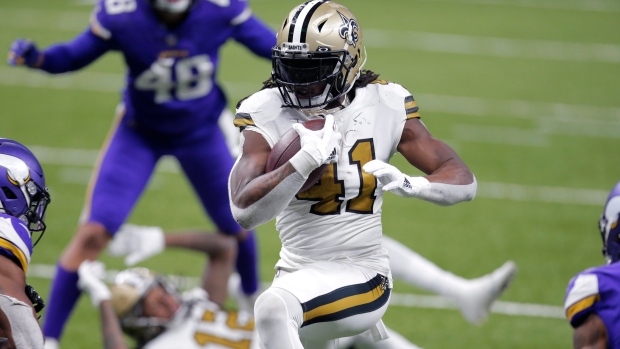 After an extremely challenging fantasy football season, we’ve arrived at our final destination.

Championship hardware will be handed out tonight.

If your matchups have already been settled and you’ve won, congratulations on navigating all of the obstacles that you’ve dealt with this season to win it all.

If you made it to the final and ultimately fell short, then well done for making it this far.

Yours truly feels fairly confident he’s secured at least one trophy with a good chance to capture another.

That said, I’ve experienced enough late swings to understand that nothing can be taken for granted in fantasy until a matchup is officially over.

It’s one thing to try to navigate the challenges of fantasy football during a pandemic.

It’s another thing entirely to attempt to overcome those challenges as an actual NFL organization.

The Cleveland Browns had to place pretty much their entire wide receiver core on the Reserve/COVID list prior to Sunday’s game against the New York Jets, leaving them in a difficult situation.

The Jets are the first team in NFL history to win multiple games against teams in a single season that entered with at least 9 more wins than them.

With the Miami Dolphins and Baltimore Ravens both picking up wins to improve to 10-5, there is now a three-way tie for the final two AFC wild-card spots heading into Week 17.

The Browns playoff chances dipped from 89.8 per cent to 48.4 per cent on Sunday, according to ESPN’s Football Power Index.

With three teams tied at 10-5, it means that one AFC team will have at least 10 wins and miss the playoffs, which will be the first time that has happened to any team since the Jets went 10-6 and missed the postseason in 2015.

Even worse, there’s still a chance that one of these teams misses the playoffs despite going 11-5. Only five times in NFL history has an 11-win team failed to make the playoffs.

On the flip side, the Jets have now won back-to-back games after starting 0-13. A Jacksonville Jaguars loss, combined with a New York win, means Jacksonville is locked in to the first-overall pick entering Week 17, while the Jets are locked in to second overall.

For the first time this season, Green Bay Packers quarterback Aaron Rodgers is the betting favourite to win NFL MVP this morning.

Aaron Rodgers and the Packers DOMINATE in the Frozen Tundra 🥶

Rodgers is listed at -160 odds to win that award, followed by Kansas City Chiefs quarterback Patrick Mahomes at +140 and Bills quarterback Josh Allen at +1200 odds. The Packers (-3) quarterback threw for 231 yards and four touchdowns in a 40-14 win over the Tennessee Titans on Sunday Night Football as the Packers inched closer to clinching the NFC’s No. 1 seed. Rodgers leads the NFL with 44 touchdown passes – six clear of the previous favourite to win MVP in Patrick Mahomes (38).

I think @AaronRodgers12 is going to win MVP this year because he and the Packers have been dominate all season from start to finish, plus Patrick Mahomes and the Chiefs haven’t played great the last three or four games.

Green Bay needs a win over the Chicago Bears or a Seattle Seahawks loss or tie against the San Francisco 49ers to clinch that top seed.

In addition to a first-round playoff bye, a case could be made that the Packers have a bigger home-field advantage than any other team in the league playing at Lambeau Field.

Green Bay enters Week 17 with a +98 scoring margin at home, which is the best mark in the NFL this season.

For as much as I wanted to enjoy the high of finishing on top in multiple fantasy football leagues, fantasy basketball wasn’t nearly as kind to me in the opening week and it left me a little frustrated by the time Sunday night rolled around.

It was one thing to navigate Shai Gilgeous-Alexander’s season opener getting postponed and John Wall’s season debut being delayed a week due to a seven-day quarantine.

It was another to deal with Clint Capela missing a couple of games due to Achilles soreness and having no timetable for his return.

The breaking point for me was the news that Karl-Anthony Towns was diagnosed with a dislocated left wrist and would be "re-evaluated weekly on a return to play plan" on Sunday night.

There were a lot of ways that Week 1 of the fantasy basketball season could have played out for me. Losing my matchup and my best player for the foreseeable future wasn’t what I was hoping would happen.

With Towns sidelined, Naz Reid got the first crack at starting as his replacement in Sunday night’s loss to the Los Angeles Lakers.

If you need help at the position, or in my case if you need a direct replacement for Towns, Reid could be a viable option.

As was the case with fantasy football, there will be plenty of unique obstacles when it comes to contending for a fantasy basketball league title this season.

One tip to remember: avoid loading up on too many players from one team if you can.

As we saw with the Rockets this past week, multiple players on any given team could be sidelined due to contract tracing and quarantine protocols at any point in time.

Limiting the number of players you roster from one team could help save your squad from being hit too hard should several players from the same team be sidelined at any point this season.