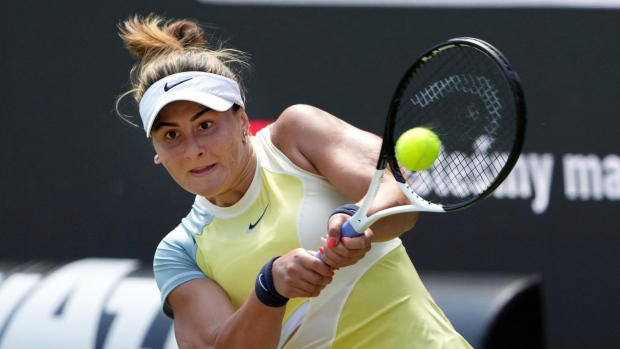 Andreescu, from Mississauga, Ont., needed one hour 37 minutes to complete the second-round victory.

She will next face top-seeded Russian Daria Kasatkina in the quarterfinals. Kasatkina, the world No. 13, defeated Germany's Jule Niemeier 6-1, 3-6, 6-1.

The 64th-ranked Andreescu has yet to lose a set at the Wimbledon warmup event.

This report by The Canadian Press was first published June 22, 2022.