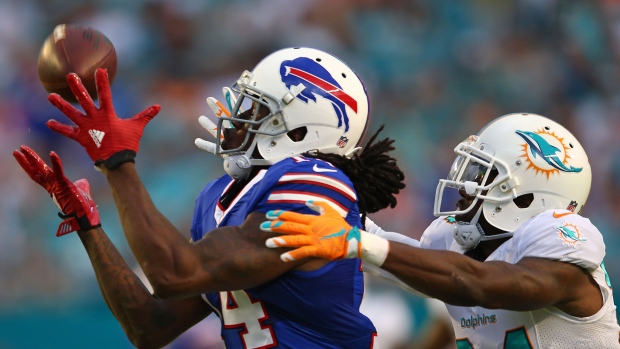 Ryan initially said he'd never use the word "out" after the two players missed their second straight day of practice Thursday.

Then, Ryan shook his head sideways and said reporters could figure it out on their own.

McCoy is sitting out to rest a left hamstring injury that's nagged him since he was hurt Aug. 18. Watkins was sidelined after hurting his right calf in a win at Miami on Sunday.

Starting right guard John Miller (groin) missed his second straight practice. Safety Aaron Williams (neck) practiced on a limited basis, and has a chance to play after missing one game.