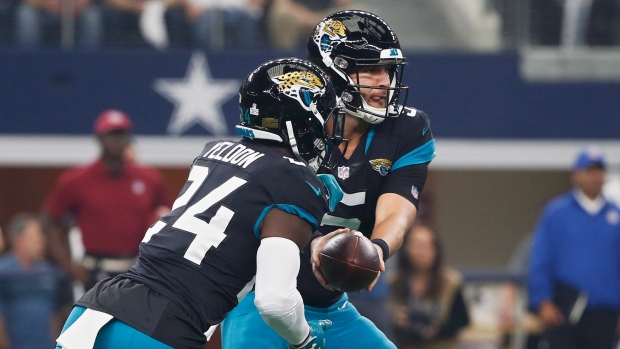 The Buffalo Bills are signing former Jacksonville Jaguars running back T.J. Yeldon to a two-year deal, the team announced Monday.

Yeldon spent the last four seasons in Jacksonville after being drafted in the second round out of Alabama. In 14 games last season, the 25-year-old rushed for 414 yards on 104 touches for an average of 4.0 per carry. He also added 487 and four touchdowns on the receiving end.

Yeldon is set to join an already crowded backfield in Buffalo featuring veterans LeSean McCoy and Frank Gore, not to mention quarterback Josh Allen, who was second among QBs in rush yards.

Buffalo ranked 16th as a team in rushing last season en route to a 6-10 season one year after reaching the playoffs.

Before signing with the Bills, Yeldon also visited the New England Patriots.