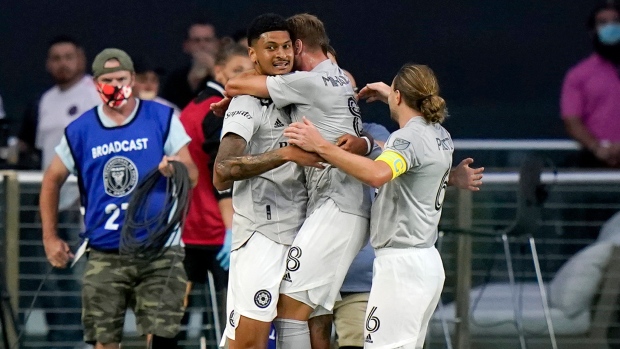 Johnsen raced past the defense in the 14th minute for Djordje Mihailovic's through ball and slotted it inside the near post. Eleven minutes later, following a Miami giveaway, Johnsen redirected Romell Quioto's pass off the post and in.

The match was stopped in the 47th minute after lightening strikes were reported in the area. Play resumed 2 hours, 17 minutes later.

Montreal midfielder Emanuel Maciel hit the crossbar in the 77th minute and fellow second-half substitute Erik Hurtado had a one-on-one opportunity denied by goalkeeper John McCarthy in the 83rd.