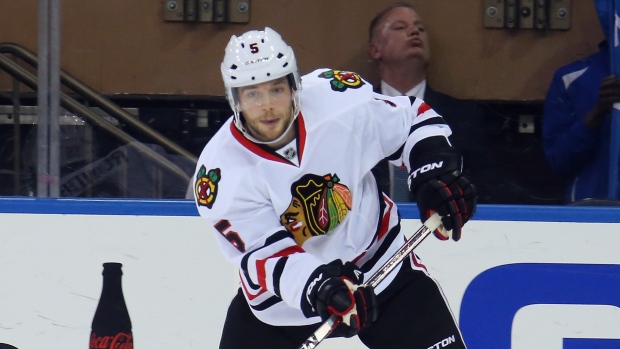 David Rundblad is heading to Europe.

The 25-year-old Rundblad appeared in nine games with the Blackhawks this season, posting two assists.

Originally taken 17th overall in the 2009 NHL Entry Draft by the St. Louis Blues, the native of Lycksele, Sweden has played in 113 career NHL games with the Blackhawks, Ottawa Senators and Phoenix Coyotes. His 49 games a season ago with Chicago were a career high. Rundblad appeared in five playoff games last spring in the Blackhawks' run to the Stanley Cup.

After 36 games played this season, the Lions hold a six-point lead atop the Swiss league standings.