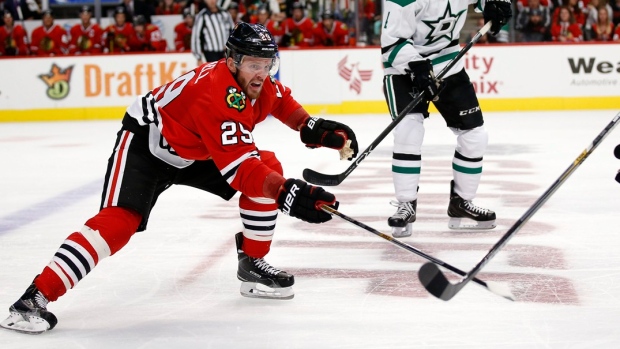 The 29-year-old Bickell has no goals and two assists in 23 games with Chicago. It is his second stint with the IceHogs this season.

Bickell signed a $16 million, four-year contract after he played a key role in the Blackhawks' run to the Stanley Cup title in 2013. But he hasn't been able to live up to that big deal.

Chicago announced the move before Sunday night's game against Montreal.