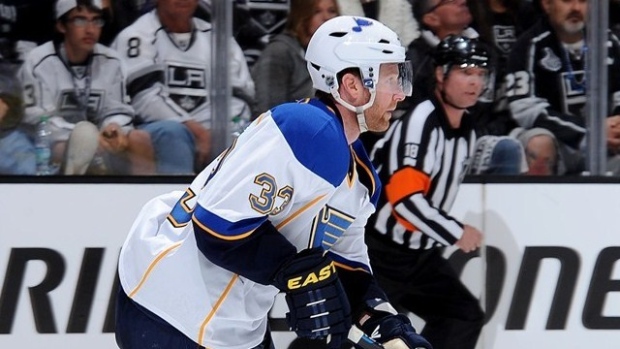 The Columbus Blue Jackets acquired veteran defenceman Jordan Leopold from the St. Louis Blues for a fifth round pick in 2016 on Saturday.

According to TSN Hockey Insider Pierre LeBrun, the Blues will retain $500, 000 of Leopold's $2.25 million salary. The 34-year-old will become a free agent at season's end.

General manager Doug Armstrong says the deal clears $1.1 million in cap space for the central division-leading Blues. Leopold is expected to be in the lineup tonight for the Jackets' home game against the San Jose Sharks.

“We want to thank Jordan for his hard work and dedication while in St. Louis,” said Armstrong.  “Jordan is a true professional, and we wish him and his family the best of luck in the future.”

The Blues called up defenceman Chris Butler from the AHL after the trade.

A report from the Shawn Mitchell of the Columbus Dispatch says Blue Jackets defenceman Fedor Tyutin will be out for four to six weeks with an injury which could be a reason for the move.

Leopold has yet to record a point in seven games with St. Louis this season. The American has scored 66 goals with 144 assists in 659 career games with the Calgary Flames, Colorado Avalanche, Florida Panthers, Pittsburgh Penguins, Buffalo Sabres and Blues in his career.

He was selected by the Anaheim Ducks in the second round, 44th overall, of the 1999 NHL Entry Draft.