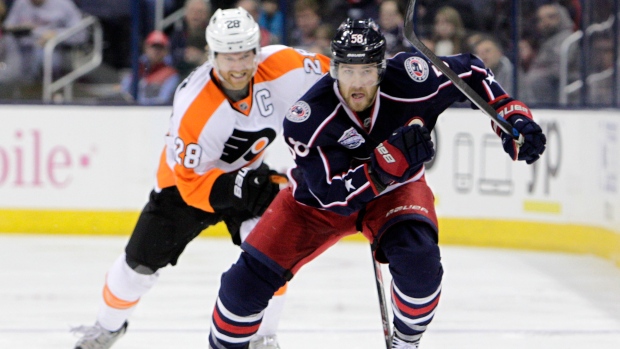 The Columbus Blue Jackets have signed defenceman David Savard to a five-year, $21.25 million contract extension.  The deal begins in 2016-17 and will run through the 2020-21 season.   The 24-year-old scored 11 goals last season, the most from a Blue Jackets defenceman.

"Getting David signed to a contract extension was a priority for us and we are very happy to have reached a long-term deal with him," said Blue Jackets general manager Jarmo Kekalainen. "He has taken tremendous steps the past two seasons and responded very well to the larger role he played on our blue line last season.  We are excited about his future with the Blue Jackets."

The St. Hyacinthe, Quebec native was selected 94th overall by the Blue Jackets in the 2009 NHL Entry Draft.