TORONTO — Holding the franchise’s earliest pick since drafting Vernon Wells with the very same selection 23 years ago, the Toronto Blue Jays will head into the 2020 MLB Draft with a chance to add another cornerstone player to an already impressive core of young talent.

When exactly that will happen is anyone’s guess at this point, including Shane Farrell, the man tasked with coordinating the Jays at the draft table after being hired as the club’s new director of amateur scouting in January.

Aside from the pressure of leading his first draft in a new position with a rebuilding club that’s banking on hitting a home run with the fifth overall pick, Farrell is facing not only the uncertainty of when the actual draft will be held, he’s also in charge of a scouting staff that doesn’t have any amateur games to watch or new reports to file.

It’s a guessing game for everyone involved, and not just in Toronto.

That’s the first thing Farrell pointed out Tuesday on a conference call with Blue Jays beat reporters: Every team across baseball is in the exact same boat. 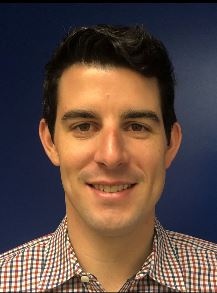 But it doesn’t change the fact that amateur scouting departments are making things up on the fly ahead of a process that can significantly change the direction of a franchise with one selection.

“It’s very different,” Farrell said of the current scouting process. “Scouts can tend to be creatures of habit at times, so to tell a scout he’s got to spend Friday night at home in March, April and May, that’s just something we’re not accustomed to. We are spending a ton of time on the phone communicating, whether it’s through phone calls, texts, we’re implementing a lot of Zoom calls, as well, having regional breakout groups and talking through players and things like that. The attention to detail doesn’t change, but the way we go about consuming information and collecting it will change.”

Originally slated for June 10-12 in Omaha, Nebraska, those dates were quickly washed away when COVID-19 struck last month.

Recently, the league and the players’ union reached an agreement on a number of CBA issues resulting from the ongoing global pandemic, one of which included shaving this year’s draft from the usual 40 rounds all the way down to potentially as few five rounds at the league’s discretion.

Slot values for those picks will stay the same as 2019, and players who go undrafted will then be able to sign for a maximum of $20,000.

It’s no secret what MLB is doing. They’re trying to keep costs for clubs as low as possible this year.

Looking to protect its current members, the PA agreed to a trade-off that will come with a significant monetary cost for a significant portion of draftees.

As far as a draft date, MLB is looking at a window between the original June 10 date and as late as July 20.

Teams are currently expecting draft day to be set about a month in advance, but we all know things are still fluid at this point.

“Having Tony LaCava by my side for every step throughout the spring and throughout the year is something that is important to me and was a big driving factor in me accepting and wanting this position,” Farrell said. “So leaning on guys like that and our infrastructure in our scouts internally in the short time I’ve gotten to know them and spent time with them, I’ve been extremely impressed with their passion, their thoroughness and just their quality of work.”

HOW HE GOT HERE AND WHO HE IS

When Steve Sanders was hired by Ben Cherington to join him in the Pittsburgh Pirates front office as an assistant GM in early December, the Jays were already searching for his replacement.

Farrell was a name on their radar early, and it was familiar for a number of reasons.

The first connection the baseball world made was the last name and the memories of the way his father, John Farrell, left the Blue Jays’ managerial post for his “dream job” with the Boston Red Sox at the end of the 2012 season.

With a different regime at the helm in Toronto and the younger Farrell being his own man, it was a non-story at the time, and still is.

Farrell says it didn’t even come up in the interview process, but he understands why some might be curious.

“It didn’t come up and I’m understanding of people’s thoughts and feelings towards that situation, but to be honest that was his career and that was the decision that two parties made and they’ve moved on since then,” said Farrell, who’s currently working remotely from his home in Phoenix. “I’m really excited to be a Toronto Blue Jay and I’m really looking forward to my wife and daughter and I all moving to Toronto whenever some normalcy in life resumes.”

The second reason he’s familiar is because the Jays drafted him in the 46th round of the 2011 MLB Draft out of Marshall University as a right-handed pitcher, before thoracic outlet syndrome ended his professional career before it even began.

The injury, which has become more commonly diagnosed in baseball over the last 10 years, involves nerve compression between the collarbone and first rib, causing everything from pain in the shoulder and neck to numbness of the fingers.

Farrell ended up having a rib removed and it’s the reason he decided to move into a front office path, rather than get into coaching.

“It had gotten fairly painful and was disrupting my normal day-to-day life,” Farrell said. “There was a lot of intense therapy and surgeries that went into it and I was probably living in a little bit more pain than a normal 21-year-old or 22-year-old should. I thought maybe transitioning into scouting or an office job would alleviate some of that.”

From there, Farrell turned an internship opportunity to scout the prestigious Cape Cod League alongside hall-of-fame baseball writer Peter Gammons into a job with the Chicago Cubs as an amateur scouting assistant.

Farrell worked his way up the ladder with the Cubs, earning a promotion to area scout in 2017, before spending the last two years as the club’s western cross-checker, an important position in the scouting hierarchy.

Over the past two drafts, the Cubs have selected six players in the first two rounds from Farrell’s area.

He calls it a “coincidence” and dispersed credit to his former colleagues, but there’s a reason he was an in-demand candidate this winter.

The initial phone calls in December with Andrew Tinnish, Jays’ vice-president of international scouting, and Gil Kim, director of player development, were encouraging for Farrell.

“I was surprised and it all happened extremely quickly,” said Farrell, who was officially hired Jan. 9. “Luckily, I’ve known Steve Sanders for close to a decade, I’d imagine. He played in college at Northwestern with my younger brother Luke, so there was some familiarity there and we’ve been friends, just seeing each other out at games and stuff like that. It came as a surprise, but I was relieved instantly just with how thorough the interview process is and how I was able to talk to various departments, whether they’re leaders of the departments, assistants, or whatever the title may be, that takes a lot of the anxiety away from when you walk into an organization for the first time.”

Sanders leaves his post to his friend Farrell with big shoes to fill.

The work Sanders did leading to his promotion with the Pirates has been universally praised throughout the industry, particularly the selections of Nate Pearson 28th overall in 2017, followed by Jordan Groshans a year later at 12th overall.

Farrell hopes to keep that drafting and developing train chugging along at fifth overall in a couple of months.

The prevailing thought when it comes to the 2020 draft class is that it’s lacking the one or two mega blue-chippers at the top, but it’s deep in college pitching and there are a number of standout college position players jockeying for spots in the top 10.

Both of those aspects could align with what Farrell is looking for at fifth overall.

Right now, the consensus top two arms are Georgia right-hander Emerson Hancock and Texas A&M lefty Asa Lacy. Both are expected to be taken within the first five picks.

As far as prep players go, Florida high school outfielder Zac Veen and Pennsylvania outfielder Austin Hendrick are intriguing upside bets and are likely to come off the board early.

Sitting at No. 5, the Jays are guaranteed one of the top college bats if Hancock and Lacy are off the board. If they’re not, the advanced college arm may be the choice. And a good one.

Of course, they could also buck the public consensus, just as Sanders did when he selected Groshans out of the Texas high school ranks a lot earlier than most expected two years ago.

The lack of information this year will make things unique, but MLB clubs won’t be drafting completely blind, either.

“The common thought is that we only scout them during this time and that we’re only working with a four-week window, when in reality, at these major schools, we’ve been watching these players for multiple years,” Farrell said. “We typically tend to have a really good grasp on the high school crop at the end of the (previous) summer because they’re all playing against their peers and you’re seeing the entire draft class on one field or multiple fields in an area.”

Despite the fact he’s leading his first draft amidst challenging and extremely unique circumstances, Farrell is confident that creative preparation will have the Jays ready come draft day.

“It feels like a strong draft class, both high school and college,” Farrell said. “I think there’s going to be a lot of good players in whatever round we’re picking, so I am optimistic about the player pool we have to select from.”