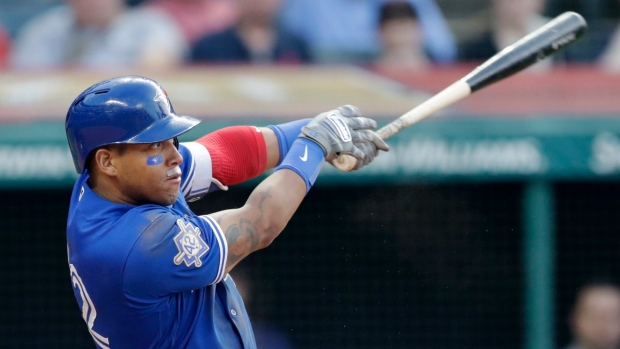 It looks like Yangervis Solarte's time in Toronto is over.

The team announced Friday that Solarte has been non-tendered, which likely means he will not return to the club in 2019. His $5.5 million club option was declined by the club earlier in the off-season.

INF Yangervis Solarte has been non-tendered and will become a free agent.

All remaining unsigned players on our 40-man roster have been tendered contracts for 2019.

Meanwhile, second baseman Devon Travis and outfielder Kevin Pillar have both been tendered contracts for 2019.

It was a tale of two seasons in 2018 for Solarte. He started off with a bang, hitting 14 home runs with an OPS of .719 in the first half but hit just one home run in the second. He finished the season with a .226 batting average and a .655 OPS.