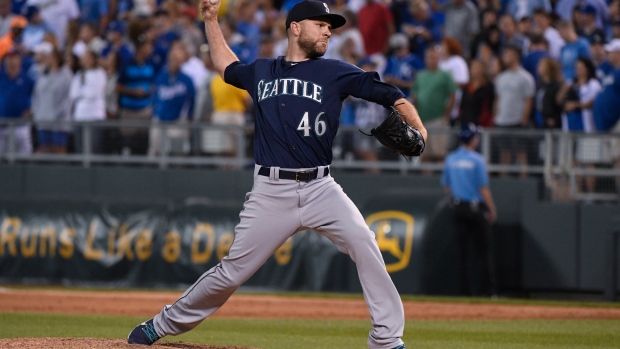 TORONTO — The Toronto Blue Jays have signed right-hander David Phelps to a US$2.5 million, one-year contract.

The team announced the deal, which carries club option for 2020, on Saturday. It was reported Thursday night.

Phelps is a 32-year-old free agent who is coming back from Tommy John surgery.

He tore the ulnar collateral ligament in his pitching arm on March 17 during his final pitch in a spring training outing against the Los Angeles Angels, and he had surgery March 26.