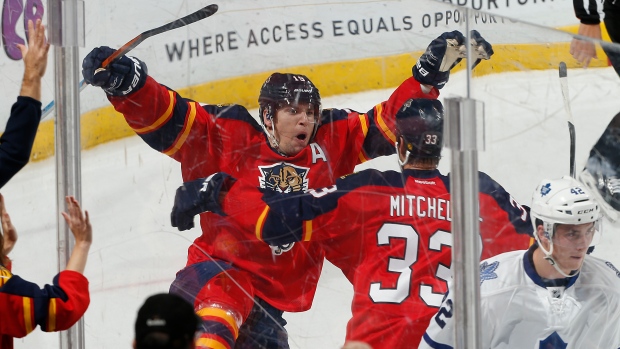 The 31-year-old Upshall had eight goals and seven assists in 63 games with the Panthers last season.

Upshall is a 12-year veteran with previous stints in Columbus, Phoenix, Philadelphia and Nashville. He was the sixth overall pick in 2002 by the Predators and has 234 points in 553 career games.