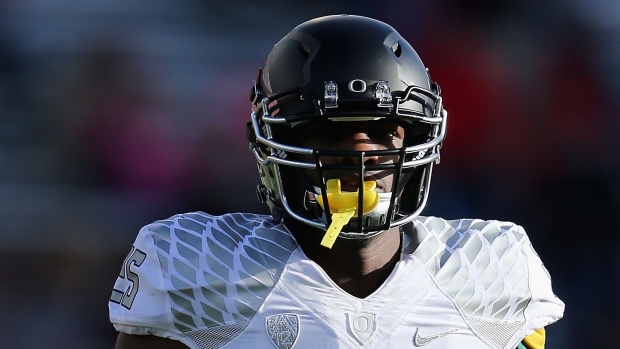 Current BC Lions linebacker and former Oregon Duck Bo Lokombo is set to enter the Oregon Athletic Department Hall of Fame as a member of the 2010 Ducks football team, Lokombo announced on Twitter.

The 2010 Ducks, led by then-head coach Chip Kelly, posted a 12-0 record, earning a berth in the Bowl Championship Series National Title where they would fall to Cam Newton and the Auburn Tigers 22-19.

Lokombo played in all 13 games for the 2010 Ducks, recording 36 total tackles, three defended passes, two forced fumbles, and a fumble recovery for a touchdown.