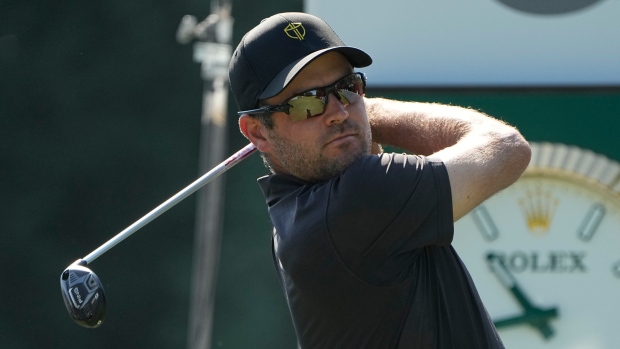 Corey Conners is finishing out 2022 with a busy schedule.

On Tuesday, he was announced as a replacement for Hideki Matsuyama at the Hero World Challenge. Matsuyama withdrew due to injury, according to tournament officials.

The Hero World Challenge is hosted by Tiger Woods at the exclusive Albany Club in the Bahamas. It features a field of 20 of the top players in the world playing for a purse of $3.5 million as world ranking points. Conners becomes the first Canadian to play in the event. The weekend rounds will be shown on TSN5.

A week later, Conners will head to Naples, Fla., to play the QBE Shootout, a fun, off-season event where he will partner with Presidents Cup teammate K.H. Lee. The tournament, now in its 34th year, features three different formats in each of its three rounds.

The opening round is a two-player scramble, followed by greensomes where the best drive is selected and the two players alternate shots in, with better ball used on the final day.

Conners, ranked 33rd in the world, played last week in Japan in the Dunlop Phoenix tournament, the richest event on the Japanese Golf Tour. The Canadian finished tied for 11th.