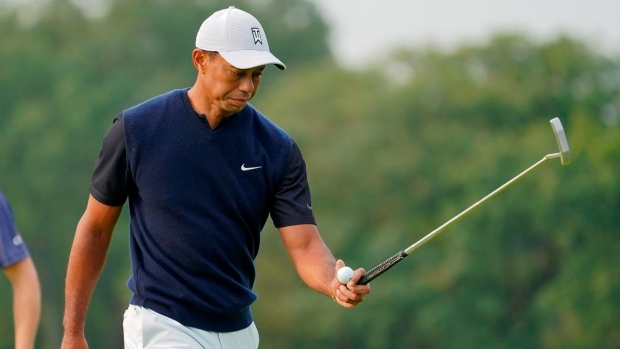 Tiger Woods has a long road back after devastating injuries suffered in a car accident on Tuesday. That was the diagnosis from two top Canadian orthopedic surgeons who were informed of Woods’ injuries.

“Time will tell how severe this is,” added Dr. Jason Smith of the Scarborough Health Network in Toronto.

Neither doctor had specific details of Woods’ situation but based on the information provided they were able to give a glimpse into what the 15-time major winner is facing in the coming days, weeks and months.

The first concern is with the comminuted open fracture of both the upper and lower portions of both the tibia and fibula. Comminuted means the bones had multiple breaks while an open fracture refers to one that punctures the skin.

“Biggest concern is the open fracture,” said Smith, who works with the Toronto Blue Jays, “the bone through the skin. There’s always a risk of infection and if that happens it’s a whole different ball game.”

An open wound must be cleaned quickly and extensively. In an absolute worst-case scenario, Smith added, an infected injury after a high-level trauma could necessitate amputation.

Dryden said that open fractures of the tibia were not unusual as there is little skin in front of that bone. The fibula, however, was not as common but could indicate the severity of the accident.

The healing of the bones in the leg could take anywhere from six to 12 weeks, with the tibia typically healing much slower compared to other bones in the body. The doctors estimated a timeline of up to six months before Woods would be able to stand and walk normally and longer before any sort of return to competitive golf. There will be a lot of rehab necessary as the muscles will atrophy as he waits for his injuries to heal.

While the leg was of major immediate concern, both indicated the ankle could prove to be a bigger problem in the long run.

“A worst case would be that the (ankle) joint doesn’t work properly,” said Smith. “There’s a lot going on there. It would be easy for arthritis to set in there.”

Dryden added that balance could be a factor as he tries to come back. While golf is of minimal importance at this juncture, golf relies on balance in the swing, Dryden said, and if that’s impaired due to the ankle it may be troublesome for Woods.

While the news may seem depressing, the fact that Woods was in good shape, his recent back surgery aside, would likely help him as he recovers. Still, the severity of the injuries can’t be understated and it will be some time before he is on his feet again.