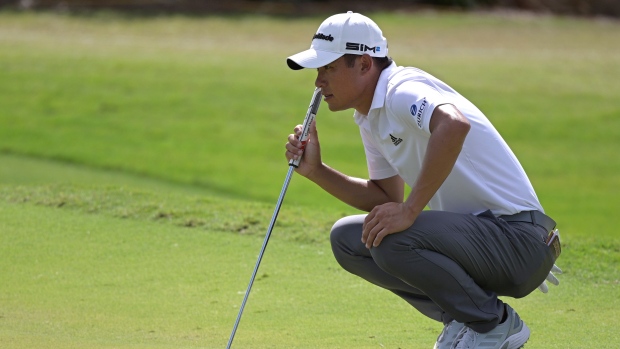 Does a short field of just 60 players make picking medal hopefuls easier? Not necessarily, as the lineup of potential gold-medal winners is relatively deep, even without a number of top golfers who either chose not to participate in the Olympics or withdrew due to COVID.

The course will favour those who can keep it in the fairway off the tee and into the greens. Long, tangled rough is everywhere and there are enough doglegs to force players to keep the driver in the bag more often than usual.

Here are six selections worth considering.

Morikawa comes in off a tremendous performance at the Open Championship where he ranked first in putting en route to the Claret Jug. That’s eyebrow-raising for a guy who is ranked 166th in Strokes Gained: Putting on the PGA Tour. If Morikawa , one of the game’s premier ball-strikers, is anywhere near that mark for the Olympics then he will be tough to beat. The greens at Kasumigaseki Country Club have strong undulations (like Royal St. George’s) and will run about nine on the Stimpmeter (also like Royal St. George’s), so it could just be a question of whether Morikawa has enough fuel in the tank to play as he did at the Open.

Schauffele has a couple of deep connections to Japan and the Olympics. His grandparents are from Tokyo and he spent time visiting them while growing up. Also, his father was expected to compete in the Games in the decathlon before being hit by a drunk driver and suffering an eye injury. So on a pure emotional level, Schauffele would be an interesting pick. But looking at his stats, he’s third in Strokes Gained: Total with his lowest mark coming in the Around the Green category where he is still .204 and ranked 56th. Since 2017 he’s had nine top-10 finishes in majors but is yet to get one of those over the line. This would be a decent place and a tremendous story to notch the biggest win of his career.

Conners is a ball-striking machine on a course that favours ball-striking machines. He comes into Tokyo ranked 11th in both driving accuracy and greens in regulation. At the Open Championship he tied for fifth in hitting greens and 18th in reaching fairways. The question, as it always is with Conners, is around and on the greens. He was ranked 120th at the Open in putting and still ended up tied for 15th, showing that it doesn’t take much of an improvement for him on the greens to go a long way.

Can a guy who hasn’t won on the PGA Tour end up with a gold medal? Sure, if your name is Abraham Ancer, who has done just about everything but win, including play in the Presidents Cup. The reason to like him this week is his driving accuracy, where he’s ranked seventh on the PGA Tour. He’s also 23rd in Greens in Regulation and 38th in Proximity to the Hole. His play at the Open Championship was just mediocre with a tie for 59th, but overall he has 15 top-25 finishes in 23 starts on the PGA Tour.

Kim is playing for more than an Olympic medal; he’s also teeing it up for two years of freedom. Kim and Sung Jae Im can avoid the compulsory military service of their homeland by finishing on the podium. That’s enough incentive that Kim skipped the Open Championship to prepare. His stats show decent form, although recent results run the gamut from a tie for ninth at the Memorial to a missed cut at the Travelers. Still, he has plenty of reason to dial in his ‘A’ game this week.

Pereira isn’t a name that jumps off the page for many golf fans, but the Chilean golfer has been red hot this year, winning three times on the Korn Ferry Tour to earn a full promotion to the PGA Tour. He’s 40 under par in his last three starts on the PGA Tour and has posted scores in the 60s in 10 of his last 12 rounds.