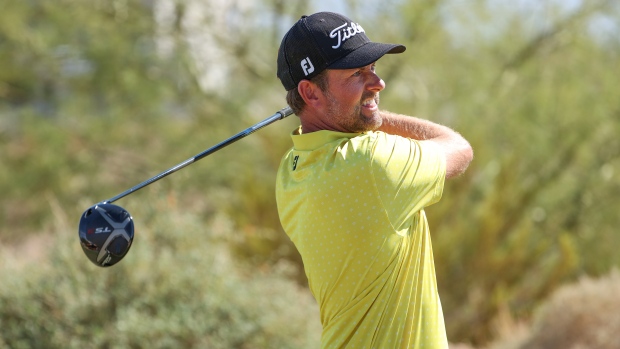 This week’s event marks the end of the calendar year for the PGA Tour’s travelling road show.

Imagine. . . no tour events for a whole six weeks!

This event is a popular one for many tour pros as it’s a home game for the Sea Island contingent. The tournament isn’t exactly filled with the top of the Official World Golf Ranking but there are enough notables here to keep you guessing with your picks.

Two courses are in use – Seaside and Plantation, with the former serving as host of the final two rounds after the field is cut down to 65 from the 156 who start. Neither course is particularly long, with both tipping out at around 7,000 yards and that’s probably why the list of past champions here seems to favour accurate drivers rather than long drivers.

Here are some of my best bets to win this week at the RSM Classic in Sea Island, Ga.

Simpson has done pretty much everything but win this tournament with two seconds, a third and a tie for seventh on his resume. He has also won on courses that are similar to those in use this week, such as Hilton Head. He’s only played three times in the fall season but his last start yielded a T14 at the CJ Cup. He was 26th in Driving Accuracy a year ago.

Conners became a father last Thursday and would love to celebrate with a win this week. He tied for 10th last year at this event and also has a tie for 23rd and a tie for 37th in previous visits. He’s had a bit of a slow start to the new season with a tie for 17th and a tie for 40th but being on baby watch had to be distracting. As for his Driving Accuracy numbers, he currently sits 11th in that category.

Henley finished tied for seventh last week in Houston, his third top-25 finish in four starts this season. He seems to like Sea Island as he has logged a tie for sixth and a tie for seventh at this tournament in previous years. So far this year, he’s hit 151 of 220 fairways putting him in 15th spot on the Driving Accuracy ranking.

He was the runner-up a year ago after losing in a playoff to Robert Streb after both players shot 19 under. He does have a victory here, that coming in 2015. And he also has two fourths and a seventh-place finish. No surprise that he’s the all-time leading money winner at this tournament. Oh, and he’s currently third in Driving Accuracy on the PGA Tour.

In 2018, Hughes started the season missing eight cuts. In 2019, it was three missed cuts, the same as in 2020. This year is different. He’s made the cut in his first four starts including a tie for fourth at the Zozo Championship. The fast start is a continuation of his good play last year and coming back to Sea Island should only enhance that. This was the scene of his maiden PGA Tour victory, coming in a five-way playoff that was extended until Monday due to darkness. While he’s missed the cut here two of the last three years, the good feels are still there and he clearly knows how to play the courses.

Hickock came in fourth last week at Houston where his putter was hot. He finished sixth in Strokes Gained: Putting. But there was more to his game as he was 11th in Strokes Gained: Tee to Green. He’s generally an accurate driver, finishing 14th in Driving Accuracy in 2021.