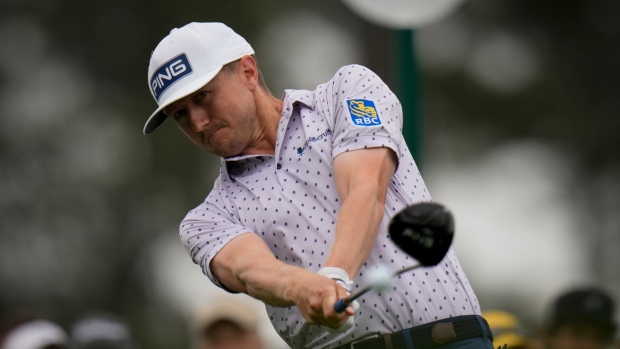 As a new golf season begins in most parts of Canada (you lucky West Coasters who play all year, please disregard), it’s time to improve that swing and lower those scores. That seems to be the feeling from most golfers who approach the new year full of optimism. This will be the summer that they finally break 100 (or 90, 80, 70), they proclaim.

New clubs, a new swing and better practice habits are all part of the plan that will lead to success on the course. But most plans are high on optimism and low on actual execution.

So, what is the best way to get better? I reached out to several of the country’s best instructors, all of whom teach some of Canada’s top tour professionals, for suggestions and advice. All of them said that, in most cases, what they work on with their top players could go a long way towards realistically helping the average player.

Collectively, all three said that most average golfers are worried about the wrong things. PGA Tour pros aren’t thinking about the position of their left pinkie finger at the top of the golf swing but rather more simple things.

“I think people would be amazed at how simple they keep it,” said Derek Ingram, Golf Canada’s head coach of the national men’s team who also guides Corey Conners. “They’re usually only thinking about one, or maybe two, things and most of the time it’s the fundamentals.”

Grip, stance, posture, and alignment are at the top of the list. Those are parts of the golf swing that many average players overlook.

“It’s easy to over-complicate things but the pros know that most problems can usually be cured by working on the basics,” Ingram added.

Mackenzie Hughes is a perfect example. For several months, he worked mainly on one thing: rhythm. He tried to get his swing to flow, knowing that the rest of it would work once he had that part under control.

His coach, Ralph Bauer, the teaching professional at the Hamilton Golf and Country Club, recently spent most of a day with Hughes working on another fundamental: his alignment.

“There were just some minor but important parts of his alignment that he was working on to hit fades and draws,” said Bauer. “Alignment can be the most important part of the swing for amateurs, too. If you aren’t properly lined up, even a great swing won’t result in a great shot.”

Another example of how important alignment is comes from one of Bauer’s past clients, U.S. Open winner Lucas Glover. He said that during the many times in his career when his swing has gone awry, on all but about five occasions, it’s been because of his alignment.

Montreal instructor Shauheen Nakhjavani adds to the chorus of teachers preaching simplicity. He works with PGA Tour Champions golfer Stephen Ames, and they rarely work on more than one part of the swing at a time.

“For four months, I had Stephen working just on keeping his right hand on the grip in the proper position,” he said. “That’s how long it took for it to feel normal.”

Nakhjavani, who has one of the world’s largest online teaching operations, added that for Canadian golfers, the start of the new season is not necessarily the best time to make a complete overhaul of their game.

“Most players haven’t touched a club for months and everything feels foreign to them,” he said. “It’s really better to get your feet on the ground first.”

He suggests going to the range a few times a week and hitting balls without any big thoughts. Once a player gets into the flow, then they can begin to work with a pro on some incremental changes.

There are some non-swing changes that can be helpful, as these teachers point out. It can involve everything from strategy to practice to equipment.

All three teachers mentioned working on all parts of the game when practising.

“The pros I work with will spend as much time working on their short game and putting as they do their full swing,” said Bauer, known primarily as a short-game coach. “I’m not sure the average player does that, and yet on and around the greens is where they lose a lot of shots.”

He referred to something as simple as uphill chips. Pros know hitting off an uphill lie means the ball won’t carry as far and so they must hit them firmer.

“It’s simple really, but I see it all the time with amateurs,” he stated.

Ingram added that working on green speeds is also a great way for amateur players to cut down on three-putts. He said that his elite players work very hard on that, especially playing different courses every week.

“I don’t think most amateurs realize how many times they three-putt during a round,” said Ingram. “Hitting that first putt close takes a lot of the pressure off but you need to get a feel for the speed to make that happen.”

These top coaches know that whether it’s a PGA Tour player or a 20-handicapper, trying to improve takes time and commitment. It also works better if there’s a PGA of Canada professional providing the guidance. Having a plan in place is the path to more enjoyable golf.