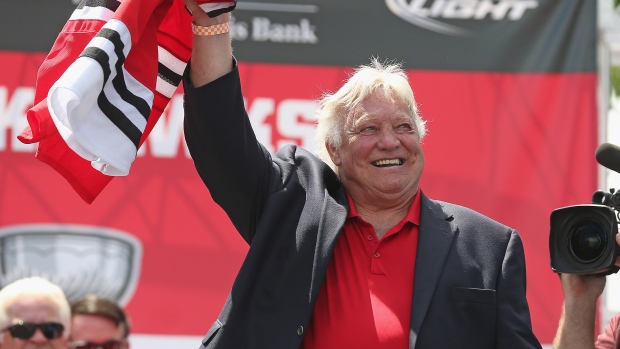 CHICAGO (AP) — Hall of Fame forward Bobby Hull is no longer serving as a team ambassador for the Chicago Blackhawks.

Hull played for Chicago for 15 years, collecting 604 goals and 549 assists. He was named a Blackhawks ambassador in a ceremony with fellow Hall of Famer Stan Mikita in 2008.

The Blackhawks said Monday they are redefining the role of team ambassador after Mikita died in 2018 and Tony Esposito passed away in August.

"When it comes to Bobby, specifically, we jointly agreed earlier this season that he will retire from any official team role,” the team said in a statement.

Hull, 83, was inducted into the Hockey Hall of Fame in 1983 and had his No. 9 sweater retired by the Blackhawks that same year. While Hull was a star player, he has had several troubling episodes off the ice over the years.

Hull was convicted of assaulting a police officer who intervened in a dispute with then-wife Deborah in 1986. He also was accused of battery, but that charge was dropped after Deborah told authorities she didn’t want to testify against her husband, a state attorney told the Chicago Tribune.

Hull’s second wife, Joanne, accused him of abuse during an interview with ESPN for a 2002 show.

A Russian newspaper reported in 1998 that Hull said Adolf Hitler “had some good ideas.” Hull denied making the comment, calling it “false and defamatory.”