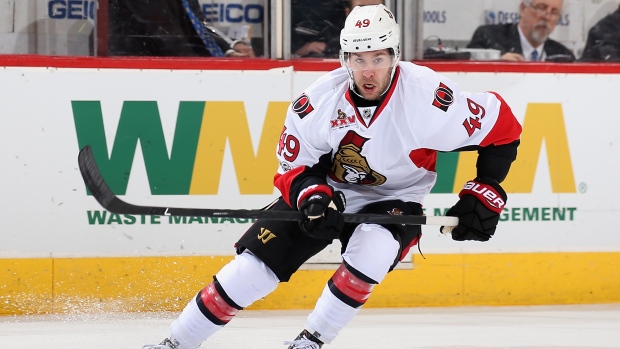 The Tampa Bay Lightning claimed forward Chris DiDomenico off waivers from the Ottawa Senators on Tuesday, two days after losing Gabriel Dumont to Ottawa on waivers.

DiDomenico, 28, played in 12 games this season for the Senators, notching three goals and three assists. He has also played four games at the AHL level for the Belleville Senators and has three goals and two assists.

The Toronto native was selected in the sixth round, 164th overall, in the 2007 NHL Entry Draft by the Toronto Maple Leafs.

Dumont, who is expected to make his Senators debut Friday, was held without a point in seven games with the Lightning this season.