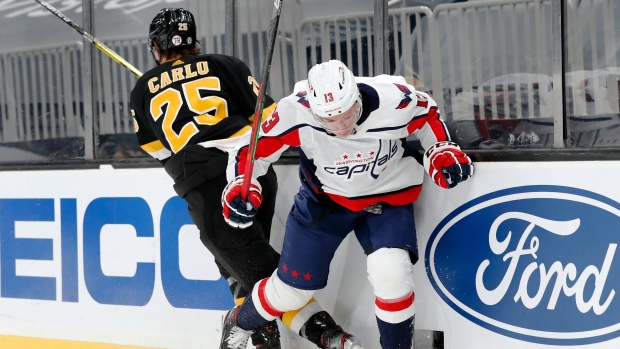 Boston Bruins defenceman Brandon Carlo was released from the hospital Saturday, one day after he sustained an upper-body injury against the Washington Capitals.

Carlo was injured at 18:27 of the first period after a hit by Capitals forward Tom Wilson and was taken to the hospital in an ambulance.

"So he's back home," Bruins coach Bruce Cassidy said. "Hasn't been at the rink, obviously. That's all I got from the trainers this morning."

There was no penalty called on the play, but Wilson will have a hearing with the NHL Department of Player Safety.

The 24-year-old has two goals and one assist in 21 games this season.