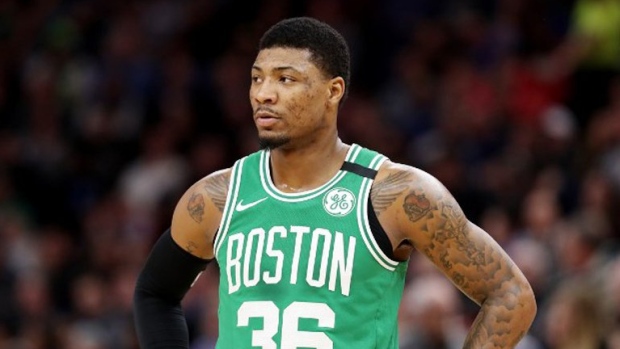 "Great. He's great. Great spirits. Joking as always," Stevens said Friday morning on a conference call with local media. "We had a Zoom [video conference call] with the team, told the team we were going to give them their own space to hang out and have fun -- and he told us to get off. So he's great," Stevens told ESPN.

It was announced last week that Smart had tested positive for the coronavirus. The team was in Milwaukee preparing to face the Bucks at an empty Fiserv Forum when the NBA season was suspended.

"I'm just happy that when he tested positive he continued to experience no symptoms and has felt great ever since," Stevens said.

Smart was averaging a career-high 13.5 points per game to go along with 4.8 assists and 3.8 rebounds in 53 games prior to the seasons's suspension.

This is the 26-year-old's sixth season with the Celtics after being selected No. 6 overall out of Oklahoma State in the 2014 NBA Draft.