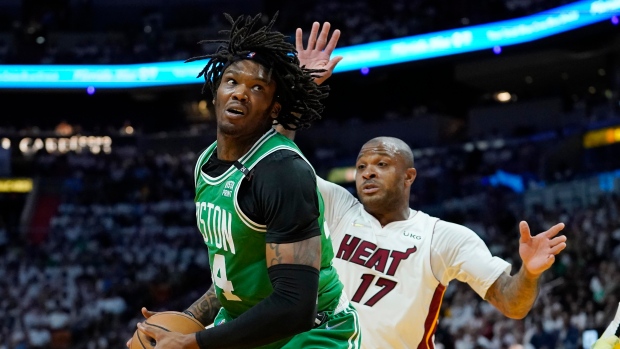 The Boston Celtics are optimistic that centre Robert Williams will draw into the lineup tonight following warmups in a critical Game 5 against the Miami Heat, ESPN NBA insider Adrian Wojnarowski tweets.

The 24-year-old has been regularly slotted in and out of the lineup for the Celtics this postseason due to a left knee injury. Williams missed four of the seven games in Boston's previous series against the Milwaukee Bucks and two of the four opening-round games against the Brooklyn Nets.

Williams missed Game 3 against Miami, but played games 1, 2 and 4.

During the regular season, Williams averaged 10 points and 9.6 rebounds in 61 games.