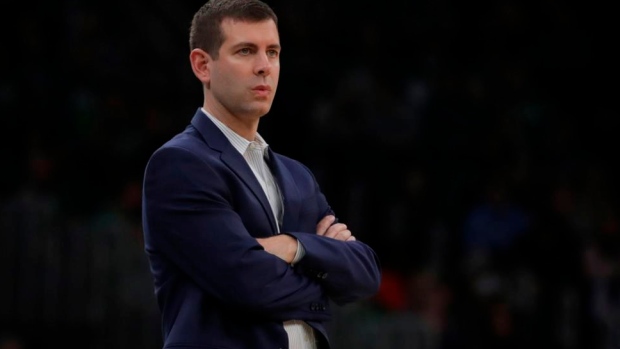 .@BCCoachStevens is here to stay 🙌☘️

"Brad is an accomplished coach and an outstanding person," said Celtics Lead Owner and Governor Wyc Grousbeck said in a press release. "We are proud to have him lead our team forward in our quest for Banner 18."

"We are thrilled that Brad Stevens will continue to be our coach," said Celtics Co-Owner Steve Pagliuca said. "He has become one of the best coaches in the NBA, and is a real leader on and off the court. This is a great day for the Boston Celtics."

"Brad is one of the most intelligent and hard-working coaches in the game today," said Celtics President of Basketball Operations Danny Ainge said. "More importantly, his character and integrity have contributed to a culture that we all highly value here. Brad is a great teammate, and a leader people want to follow. We are honored to have him with us as we continue to pursue our next championship."

Stevens' Celtics, who have gone 5-2 since the NBA resumed its season in Orlando this summer following the months-long shutdown due to the coronavirus pandemic, have clinched the third seed in the Eastern Conference with just one more seeding game remaining for the team.