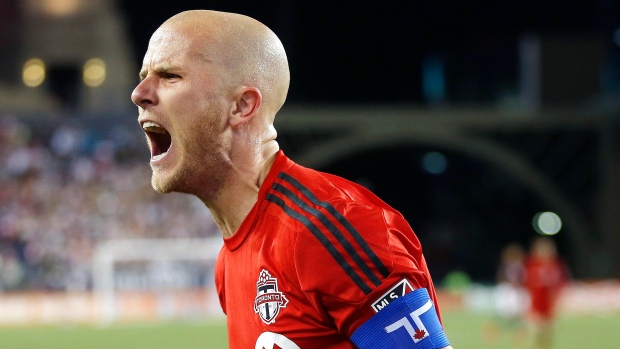 The League announced that the American would be one of five players that will be replaced as a squad of MLS All-Stars takes on Barclays Premier League club Tottenham Hotspur this Wednesday in Colorado.

Bradley is nursing a calf injury he sustained while representing the U.S. during the CONCACAF Gold Cup. He is scheduled to undergo x-rays on Tuesday.

TFC manager Greg Vanney added that Bradley is questionable for the weekend.

Meanwhile, TSN Soccer Analyst Gareth Wheeler added that striker Sebastian Giovinco is also doubtful for the All-Star Game as he recovers from a heel injury. Wheeler added that Giovinco will be evaluated upon arrival in Colorado but that his participation in the contest is unlikely.

FWIW as per my piece, I would be shocked if Giovinco plays at all. Not worth the risk. #TFC know that. Only way it happens if MLS forces it.

Wheeler filed a full round-up of MLS news and notes including more on the potential absences of Bradley and Giovinco from the All-Star festivities early Tuesday morning. Read his full article here.