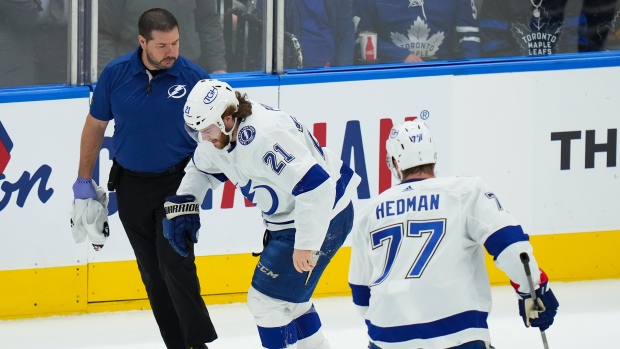 Cooper added Point would be considered day-to-day after the series-opener, which is scheduled for Tuesday night.

Jon Cooper said Brayden Point is doubtful for Game 1 but is day to day after.

Point appeared to injure his right leg in the first period of Game 7 against the Maple Leafs, gingerly skating to the bench after an awkward fall along the boards.

The 26-year-old took one shift early in the second period, but looked to be in significant pain upon his return to the bench where he was consoled by teammates.

He has two goals and two assists through seven playoff games after recording 28 goals and 30 assists in 66 regular season contests.