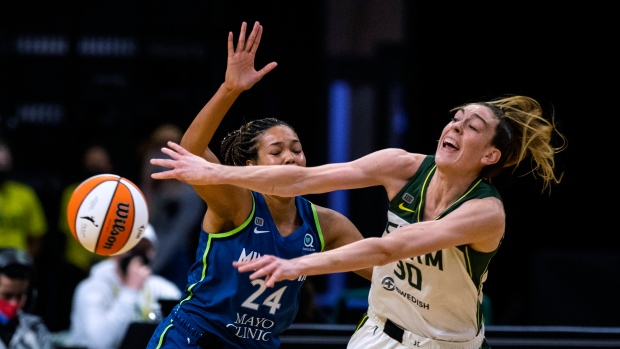 EVERETT, Wash. — Breanna Stewart had 15 points and eight rebounds and the Seattle Storm cruised to an 82-72 win over the Minnesota Lynx on Friday night.

The Storm made their first six shots to open the game with a 15-2 lead. The Lynx (0-4) tied it at 29 early in the second, but Seattle outscored Minnesota 29-6 over the rest of the quarter to pull away for good.