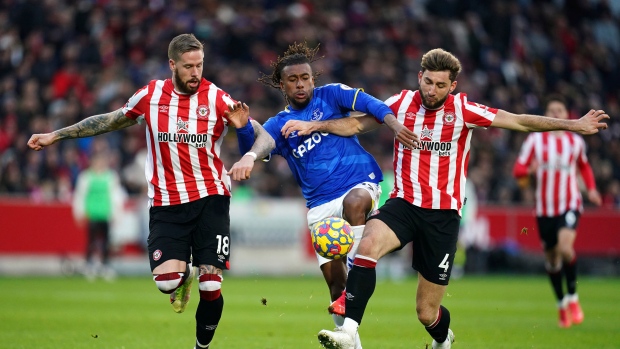 LONDON (AP) — Ivan Toney gave Brentford a 1-0 victory over Everton that extended the winless run for Rafa Benitez's side to seven matches on Sunday.

Toney previously played under Benitez at Newcastle but struggled for playing time. His penalty in the 24th minute came after Andros Townsend's high boot caught Frank Onyeka in the face.

Brentford claimed a first home league win since the opening day of the season against Arsenal in August to move up to 12th. Everton is two places lower in the 20-team standings.