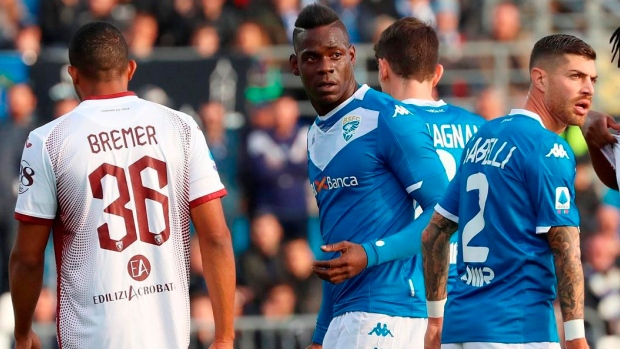 Brescia owner Massimo Cellino says that Italy striker Mario Balotelli will be allowed to leave the club in January on a free transfer because he isn't suited for a relegation fight.

The club currently sits at the bottom of the Serie A table on seven points, five points away from safety.

"In this moment, he needs to choose which road is best for him," Cellino said on La Lene, an Italian TV program. "Mario is sad because he is unable to play his game. Fighting for survival in Serie A requires a huge sacrifice and and perhaps he thought it would be much more simple."

Balotelli, 29, has scored twice in eight appearances for Brescia this season.

The Palermo native has been the subject of racist abuse from away fans this season.

Balotelli returned to Serie A this season after four seasons abroad.

Making his debut in the league with Inter in 2007, Balotelli has also spent time with Manchester City, Milan, Liverpool, Nice and Marseille.

Internationally, Balotelli has been capped 36 times by the Azzurri, scoring 14 times.

Balotelli has been attached with moves to Galatasaray and Toronto FC in recent weeks.