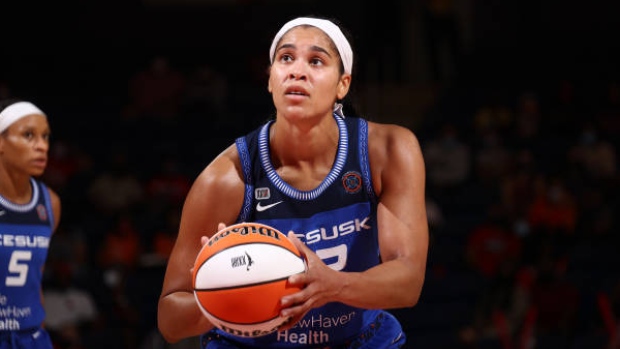 ARLINGTON, Texas -- — Brionna Jones had 18 points, 10 rebounds and three steals and Connecticut beat the Dallas Wings 83-56 on Tuesday night for the Sun's 10th win in a row.

Connecticut (22-6) played frenetic and smothering defense, led by Briann January who helped limit the Wings to 27% shooting from the field. The Sun moved two games ahead of Las Vegas in the standings.

Dallas' Arike Ogunbowale finished with eight points on 2-of-17 shooting. The No. 5 overall pick in the 2019, Ogunbowale had her string of 65 consecutive games scoring 10-plus points — the fifth longest streak of its kind in WNBA history — snapped.

Marina Mabrey led the Wings (12-17) with 16 points. Dallas is fighting for one of the final two playoff spots.