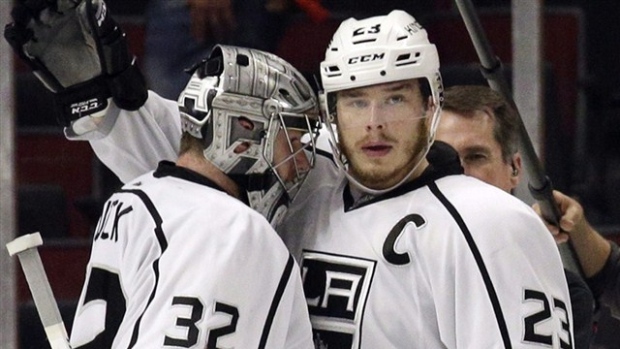 The Los Angeles Kings will be naming a new captain for next season as TSN Senior Hockey Reporter Frank Seravalli tweeted on Friday that Dustin Brown has been told he will no longer wear the 'C' for the team.

Brown captained the Kings to Stanley Cup victories in 2012 and 2014.

The 31-year-old has six years remaining on his eight-year contract worth $5.875 million a season.

In 641 games with the Kings, Brown has 181 goals and 388 points. He wore the 'C' for eight full seasons, the longest-serving captain in franchise history.