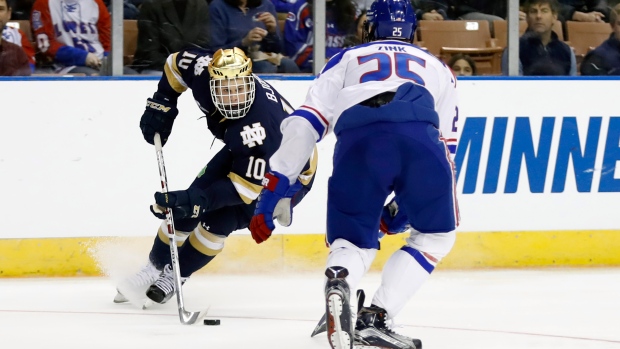 BOSTON — The Bruins have signed forward Anders Bjork to an entry-level contract.

The team said Tuesday that the three-year deal for the 20-year-old Notre Dame standout is set to begin next season.

Bjork led the Fighting Irish in points as a junior last season with 21 goals and 31 assists — both career highs. It helped Notre Dame reach the Frozen Four for the first time since 2011. For his efforts Bjork was a finalist for the Hobey Baker Award, given to the NCAA's top player.

Prior to attending Notre Dame he spent two seasons with the U.S. National Team Development Program.

Bjork was selected by Boston in the fifth round of the 2014 NHL draft.